JV softball team gets ready to prepare in the off season 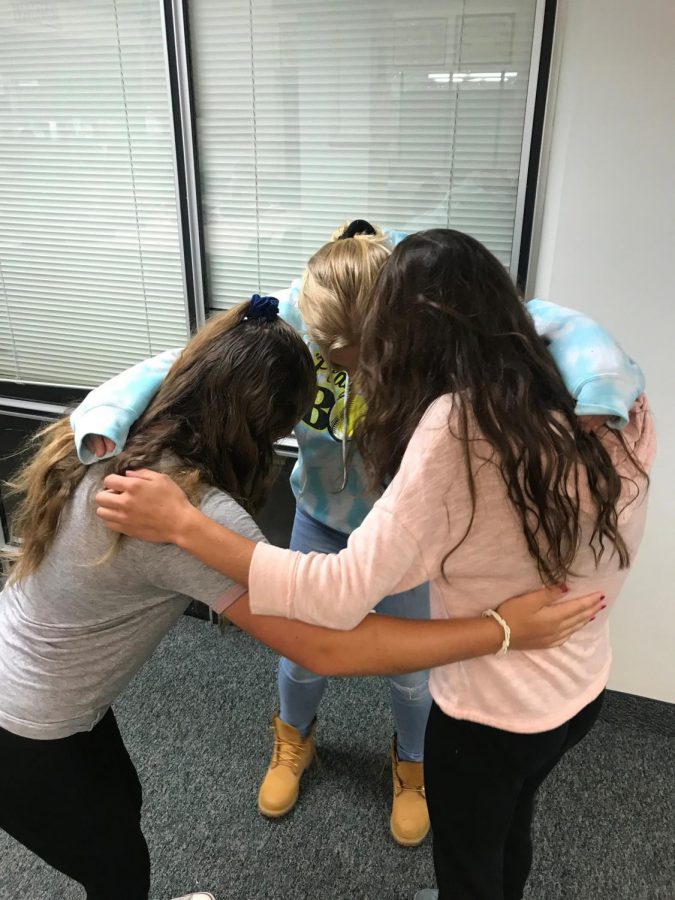 Girls on the JV softball team huddle up to discuss how they are going to prepare in the off season.

The JV softball team is getting ready to start preparing in the winter for the upcoming season.

Head coach Kristen Fatica plans on getting involved with the girls and helping them as much as she can. She said, “I think for myself as a coach I always try to be involved as much as possible in the drills so like I’ll do the drills with them. I show them the correct way and then we work to perfect that.”

Fatica is ready to have the girls prepare in the winter and also get in some games before the season. She said, “We do conditioning first and that is for about a month and a half at least we do conditioning everyday and then we will also do the winter ball which prepares everybody for the upcoming season.”

Hannah Dadelow wants to work hard and be in shape for the upcoming season so she plays better than last year. She said, “Well I’m going to work hard and I’m go to workouts and workout and it’s just going to be really good and eat healthy.”

Fatica wants the girls to make sure that they all are ready for this upcoming season. She said, “So I think being in the best possible condition to start the season is the main goal for off season so that your well prepared for in season.”

Fatica wants to have the girls practice a lot of different drills to get them better. She said, “Some of the drills first and foremost it’s the conditioning and then the drills will be hand eye coordination they’ll also be stretching their arm and trying to get there arm more accurate snapping their wrists.”

Fatica is planning on having the girls condition everyday starting in January. She said “They will condition from January on, January to May, because we still condition when we are in season as well.”

Dadelow wants to be able to put all of the strength she’s got into her arm so her throw is even better than last season. She said, “So I have this tendency of dropping my shoulder so I have to like just put my hands to the ball so I can get max strength.”

Levak wants to improve herself in hitting and throwing so she is better for the upcoming season. She said, “To get more accurate with my batting and to throw harder.”