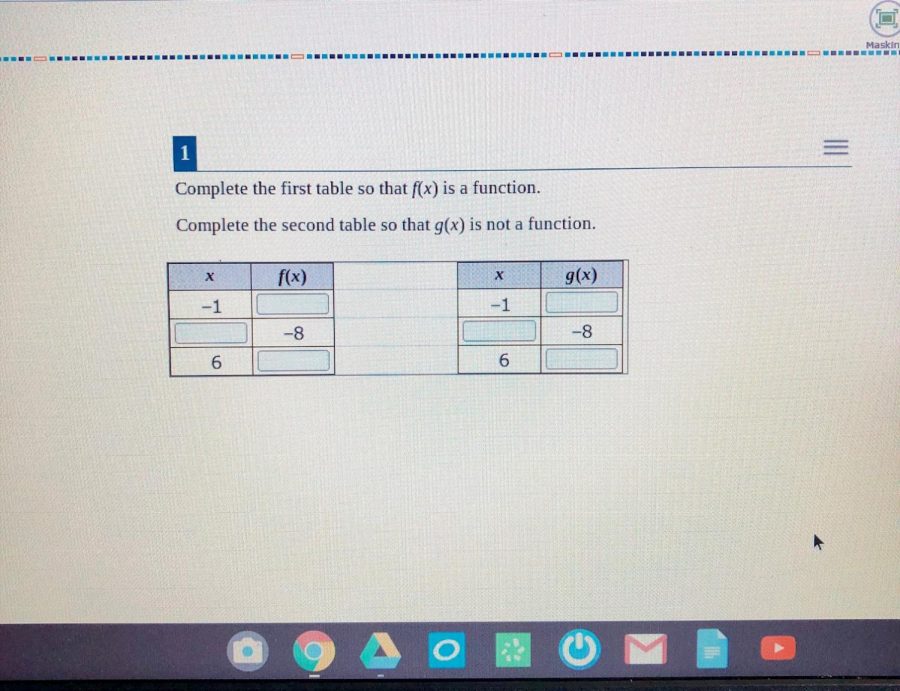 Students will be completing the Algebra 1 and Math 2 AIR exams this week.

Freshmen and sophomores have been taking the AIR tests over the course of the month. So how do students prepare for these tests, and what do they think about them?

Many students say they find that studying for the AIR tests isn’t as necessary as studying for other tests, like final exams. For sophomore Jaiden Veranese, it’s easier to study the bigger concepts of a certain topic, since the AIR tests often don’t go into detail. She said, “I study for the AIR tests by reviewing formulas, whether it be English writing formats or math equations.”

Similarly, sophomore Carolina Tellado feels that studying for the AIR tests isn’t necessary, and should be kept to a minimum. She said, “I don’t usually study for the AIR tests, but when I do, it’s usually for math to make sure it’s not as stressful.”

Freshman Mykenna Roy, having taken three AIR tests and preparing for her fourth, also agrees that studying for the AIR tests shouldn’t take up a lot of time. She said, “I study occasionally, like for biology or history, but it’s never more than 20 minutes.”

For students like Veranese, the night before an AIR test can be used to mentally prepare, instead of worrying and stressing over studying. She said, “I prepare mentally by telling myself that I just need to focus and perform to the best of my ability. I also make sure to feel like I’m going to achieve my goal. I don’t stress out because it makes me feel sluggish and could potentially decrease my scores.”

For Tellado, the night before an AIR test means being physically prepared and getting into a focused mindset. She said, “The night before AIR tests, I go to bed early and drink tea in the morning.”

However, Roy feels that a small amount of studying is good before an AIR test, but shouldn’t interfere with important factors, like sleep. She said, “I sleep more on the nights before AIR tests, and that’s about it. I try and review some material, depending on what my teachers give me, but I normally don’t do practice tests online, or anything like that.”

So how do the AIR tests compare, in difficulty, to other tests at Mayfield High School? For Veranese, it’s not so easy to pinpoint how hard the AIR tests are. She said, “I believe that AIR testing can vary between each student and their abilities in a classroom. Each student will perform based on their classroom behavior towards learning.

“Nevertheless, personally, I feel that AIR testing is very close to most questions and essays that we do in class,” she said. “I would say that it’s all relatively the same, in my opinion.”

But for Tellado, the difficulty of the AIR tests doesn’t seem to matter, as it still takes a mental toll. She said, “I think that AIR tests are much easier than finals, but they still stress me out.”

Similarly, Roy feels that the stress of the AIR tests is harder to deal with than the actual tests themselves. She said, “I think AIR testing is generally easier than, say, the ACT or PSAT. It’s pretty straightforward, but then again, if you don’t pass, you have to redo the course. I think that’s why it’s so stressful.”

Despite how easy it can be, what do students really think about having to take the AIR tests? For Veranese, the system seems a little unfair. “I feel as though state testing shouldn’t be a thing because it doesn’t show the truth behind every single student. Everyone shows their understanding differently, therefore AIR testing is almost worthless for some students,” she said.

Tellado also feels that the added stress is unnecessary for students, especially when finals are less than a couple weeks away. She said, “I think that they stress me out more than they need to, and they make us miss more learning than we actually gain.”

However, despite the flaws that the AIR tests may have, many freshman and sophomores have begun to prepare for the upcoming and final week of AIR testing, before beginning to study for finals week on May 24, 28, and 29.