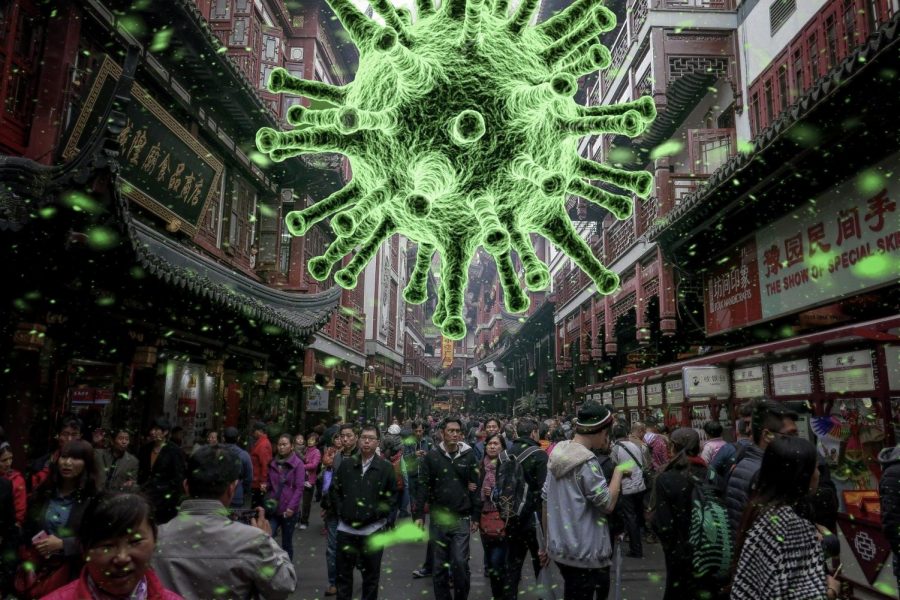 More people have now died from the coronavirus than SARS.

That’s how many people have been killed by the infamous coronavirus.

The virus has plagued the city of Wuhan, China and has sent cases over to the United States, as travelers and tourists quickly flock back to safe haven.

According to the Ohio Department of Health, the new virus takes on very similar symptoms to many other different sicknesses. The Department of Health press release said, “Health experts continue to learn more about novel coronavirus because little is known about its potential to cause severe illness and pneumonia in some people.”

Biology teacher Nadine Brown believes the virus interacts with the human body, which is why it’s so lethal to those who are infected. “The new strain of coronavirus, like other coronaviruses that are known to infect humans, is shed from infected cells into body secretions. Since the virus infects and reproduces in the linings of the upper respiratory system, it is transmitted when the infected person sneezes, coughs, blows a nose, etc., allowing the particles to be breathed in or taken into the eyes or respiratory system by contaminated skin,” Brown said.

Senior Katelyn Kasprisin admits she would be terrified if she was infected with it. “After hearing about all of those deaths, it’s just scary to think that you can get exposed to something like this and die,” she said.

With Wuhan, China not having as much money as the U.S to stop this sickness, they still have some ways to help.

Senior Indy Dhillon believes that people affected in Wuhan need to work together to reach out and spread the word. “I believe sharing information to other countries is key to stop the virus from spreading even further,” he said.

Brown thinks anyone who has recently traveled near China needs to be quarantined. “The current method of monitoring anyone who recently visited China or who has come into contact with a recent visitor is likely an effective method. In particular, it is important to keep visitors from the most highly affected areas in quarantine until at least one or two viral cycles have passed,” she said.

Since the virus has been labeled as a global health emergency, without fast thinking, the virus could have gotten out of control, according to Brown. “Until the health impacts, rates of infection, and mortality rates are better understood, it is important to minimize the spread of the virus. Hopefully, a vaccine can be developed rapidly so that at-risk populations can be vaccinated,” she said.

Brown also believes that this virus could be catastrophic if not fought accordingly. “If our species has truly never encountered this virus before, then our immune systems may not be able to defend us well enough to allow recovery. If many millions of people were infected with a virus having a mortality rate of even a few percent, the death numbers would be socially overwhelming,” she said.

According to MSNBC, the calculated death total for the virus is approximately 813 deaths. The research suggests the virus can be contained and stopped, but it can’t be eliminated.

Brown believes that the virus can still linger, even after it has been contained. She said, “Viruses can never be ‘killed,’ since they are living only in cells of an infected host. However, strong disinfectants used properly can inactivate the virus by denaturing the proteins that it uses to infect a new host.”

As the virus has spread to the United States now, many airlines and traveling agencies have grounded aircraft that are traveling to regionally close areas surrounding the virus’s origins.

Sophomore Jake Arth thinks those companies are doing the right thing. “The companies can’t have airplanes flying to China and back, because who knows if someone is infected with it, gets on that same plane with 100 plus passengers, and infects all of them,” he said.

Superintendent Keith Kelly released an email regarding the virus, and according to the Ohio Department of Health, there are no cases reported to Ohio.