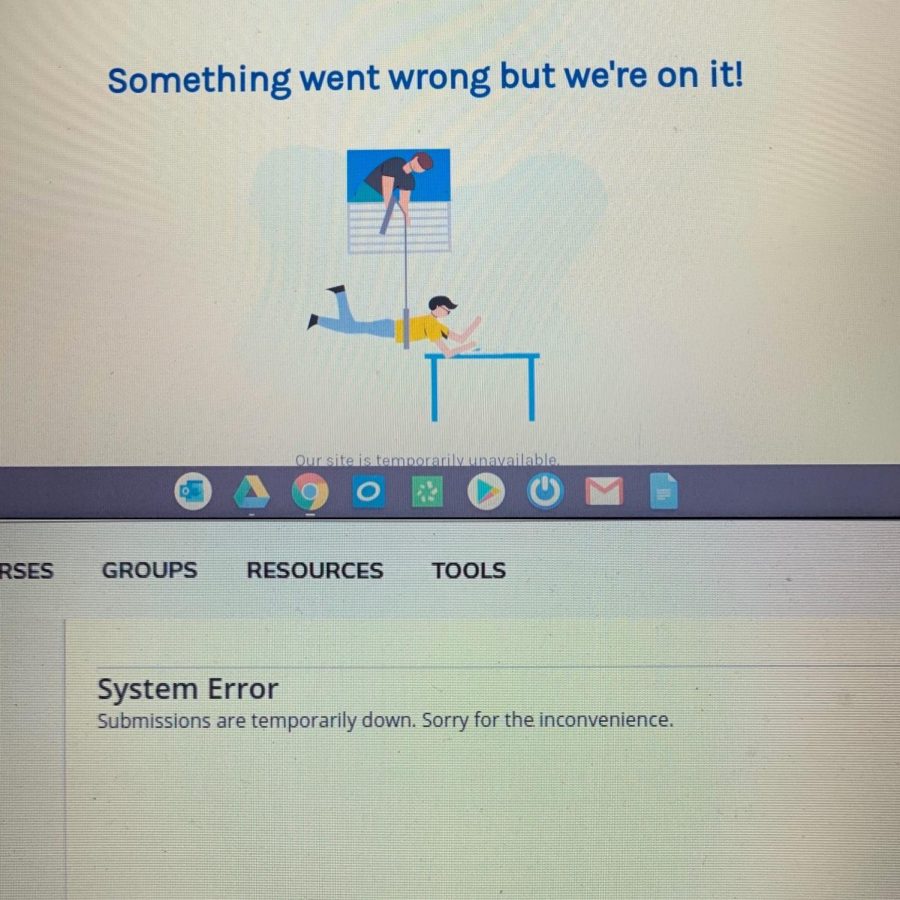 Students and staff have been frustrated with Schoology and other aspects of distance learning.

After the first full week of distance learning, students and staff admit it’s been difficult.

Junior Lola Koch has been struggling with doing online assignments and communicating with her teachers. She said, “It’s most definitely restricting help because in the classroom, it was easier to show where you are having a problem. Over emails and Zoom calls, there’s a lot of room for miscommunication.”

Senior AP student Lara Nuñez-Cerrillo has run into a few problems, especially with Schoology. She said, “Every time Schoology stops working, I call it a day, and that’s not too good. Because we’re at home, [teachers] think we have more time to do things, but it’s stressful because we have a large workload from everyone.”

Spanish teacher Phillip Deaton says he and his colleagues are also struggling with using Schoology. “Schoology has been having some issues with so many people utilizing it, and they are working to fix it. In fact, it was completely down twice now [as of Wednesday],” he said.

Deaton admits that distance learning makes it more difficult for teachers to receive work from students. He said, “I will say that it is easier for me as a teacher to be on the students and redirect their focus when I see them every day or I can take them aside and work with them, but I can’t do that virtually if they won’t log on to meet with me.”

As a student, Koch has been having trouble staying on track. “It’s definitely harder to get the work done than before. There’s more distraction with family and with being at home, there’s not a lot of people telling me to stay on task so it’s easier to get off track.”

Deaton thinks some things aren’t that different though, as the students who struggled with getting work done in the classroom also have struggled at home. He said, “In my experience, many students not completing assignments are the same ones that struggled in the actual classroom as well, so I’m not sure that the virtual vs. live learning has had that type of effect. There are others that forgot to do something, but I try to be lenient with them due to this rare circumstance.”

When learning Spanish, one area that gets assessed is speaking, which is more complicated when students aren’t in the classroom. Deaton said, “The speaking is definitely going to be lost a little because they aren’t talking in Spanish every day, but this is the hand [of cards] we’ve been given, and we’ll just work hard at the beginning of next year to make up for it.”

In addition to speaking assessments, some courses require physical activity that gets assessed. Koch said, “Classes that require movement or physical actions, like my scene work class, are extremely difficult to do online because we have scenes we are supposed to do with other people but we can’t.”

While video chat websites like Zoom allow for kids to speak and even show their physical movements, Zoom also has been difficult for some students to use. “I had an issue getting into one of the Zoom calls. Even in Zoom calls… there’s a lack of communication,” said Koch.

Students and teachers will continue with distance learning through at least Friday, May 1.