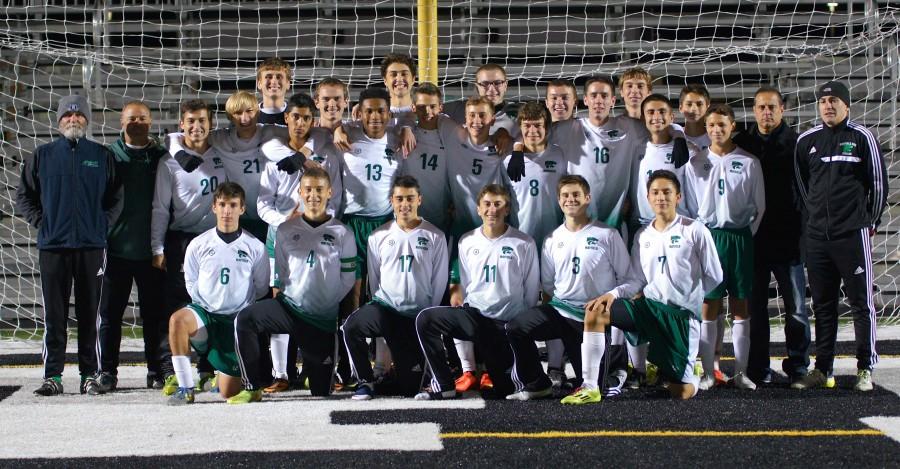 Two buzzed streaks jut inward beside Nick Fatica’s temple. He busts up in laughter alongside fellow scalped teammates Arnold Gusev and Kyle Ardai over their discussions on “Who’s Playing Where.” Regardless over initial conversation starters, the lunch table debate somehow always hovers to the next upcoming opponent (that and the always entertaining Clash of Clans).

So even after a gut wrenching playoff exit via Eastlake North, how do these bad hair day victims keep their composure? The answer is in the name.

Let’s be honest—this is the last team anyone would simply walk out on, unless you’re everyone’s second favorite Umeda brother.

Anchored by standout play from Ryan Bruno and “Bones” Bondra, the Wildcats had a year that met the winning standard for Sean McNamara’s Club. Say what you want about Fùtbol, this bunch of knuckleheads had a run of Conference Dominance that’s lasted for the past seven years!

Without question the tightest knit athletic team in the school, the Lads are built on a commitment to excellence, dedication, and – most importantly – camaraderie.

Be reasonable, I don’t see Jack Longo carving #10 on the back of his head any time soon. (It’s Your Move Jack.)