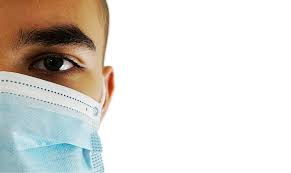 It remains a statewide mandate for children to wear masks while attending school.

It’s that time of year again: Back to school. But this year, it’s different. Kids could be risking it all by going back.

Seeing kids flood back into schools recently has left me in amazement. Some schools have already seen a substantial amount of cases since their re-opening. Jennifer Timar of Livingston Daily wrote, “Three school districts in Livingston County (Michigan) are reporting cases. According to the county health department, 30 people have died and 104 have been hospitalized.”

As students return, it is too generally difficult to tell where positive tests originate. In the case of Livingston County, however, the spike in cases directly after students returned to school seems to clarify where the cases originated.

Dr. Leana Wen, the former health commissioner of Baltimore, mentioned she is worried about students returning to school in an interview with “The New York Times.” She said, “It is not a question of if, but when outbreaks will occur.”

English teacher Lacy Long-Goldberg mentioned she hasn’t gone without her concerns either. She said, “My biggest fear would be a student or a staff member getting seriously ill due to coming to school.”

After just surpassing 200,000 deaths due to Covid-19 in the United States, it is disappointing to see students pouring back into schools. Long-Goldberg said, “But it is very possible people could get sick because students want to come back and some students will break social distancing guidelines or take off their masks.”

Freshman Anthony Howard, a former member of the football team, was also worried about returning to school. “The thought of returning to school was really scary because I have a really big family. I would never want to put anyone else at risk,” he said.

There are also countless students who play sports where students are unable to socially distance. Dr. Benjamin Linas also said in an interview with “The New York Times,” “We have to be realistic. If we are opening schools and starting sports, there will be Covid-19 cases.”

For this same reason, Howard chose to give up football this season. He said, “This season, football wasn’t worth it. I had to think about all the other factors involved.”

Dr. Wen gave some advice for the future. “We must take the information from medical health professionals seriously and consider if what we are doing is necessary or not,” she said.