Teacher helps her daughter through surgery 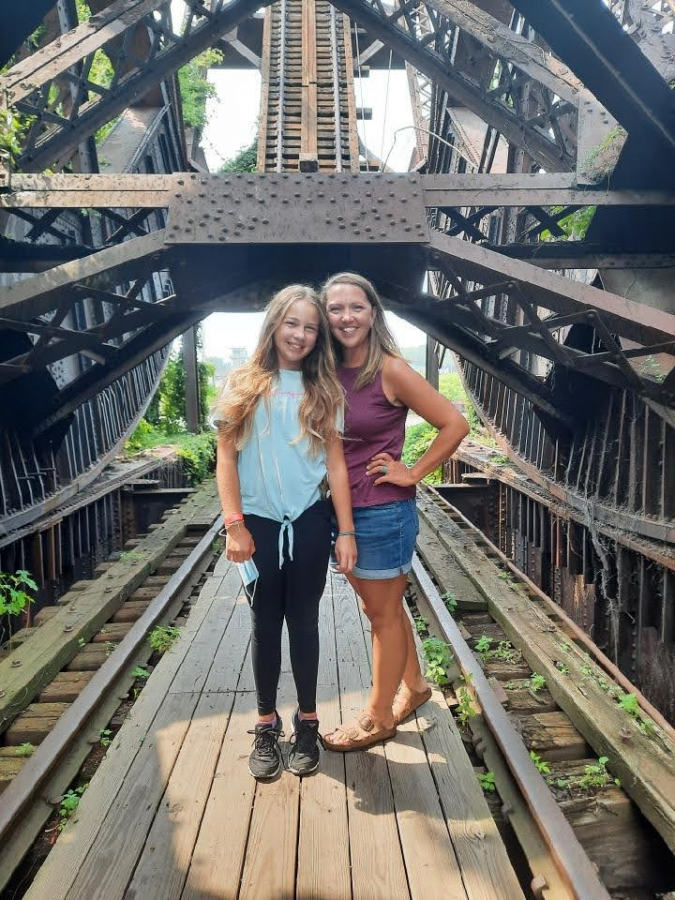 After receiving news that her daughter needed a second open-heart surgery, special education teacher Jennifer Tournoux did whatever it took to support her through the process. Tournoux said, "The first few days at home were a little nerve-wracking. I mean, I slept on her floor because I had to give her meds and check in on her in the middle of the night, but I definitely think it’s less stressful having her at home versus in the hospital."

Tournoux first became aware of her daughter’s congenital heart defect when she was pregnant with her. She said, “I felt totally devastated and a hot, terrible mess [when we found out]. We have done a lot of genetic testing to find out what it really is but [the specialists] have not found anything… So basically, they don’t know why this happened.”

The cause for this procedure was a Dilated Aortic Root, stemming from Norah’s condition. Tournoux said, “The surgery was called an Aortic Root Replacement, as they had to replace that portion of her aorta [artery].

This isn’t Tournoux’s first time having to support her daughter through such a serious surgery. She said, “This is actually [Norah’s] second open-heart surgery. The first was when she was just three days old. Eerily so, this second surgery was exactly 12 years to the day of the first one, [which] we didn’t really even realize [at first].”

Her daughter requiring a second surgery was a surprise for Tournoux. “That wasn’t really the plan. After her first one, [the doctors] weren’t like, ‘There’s gonna be another one, probably!’ Now granted, if you ask [my husband], he said, ‘Well, I was never convinced that it was all over’… So, I guess we both heard that real differently,” said Tournoux.

Despite Tournoux’s negative feelings, according to her daughter, she did a great job holding it all together. Norah said, “I remember my mom was really sad, but she didn’t really show it all that much.”

Despite it not being her daughter’s first surgery, Tournoux felt the first open-heart surgery was stressful for all different reasons than this past one. She said, “Here’s what was weird about that first surgery: I hadn’t ever been a parent [before] and [Norah had] never even been home yet. So… it was like a stranger was having that surgery. I mean, I didn’t even get to hold her! When I had her via C-Section, [the doctors] took her away immediately.

“We didn’t even have a nursery [because] we were told ‘Don’t get anything for this baby because there’s a good chance that she’s not coming home with you. Do not have a [baby] shower, do not buy anything, do absolutely nothing.’ So, it was like a stranger was having that surgery,” said Tournoux.

As for this past surgery, Tournoux admits it was a totally different situation. Tournoux said, “I know her now: she’s older, she has a personality, she has a place in our lives. She’s a whole human being that I know and created! So this surgery felt like the longest day of my life.”

In terms of support, Tournoux feels blessed to have support from her family, her husband’s family, close friends, and even neighbors. She said, “We have the strongest support system of all time… they were all always there for me, and I had such an array of options [to go to] for help.”

Despite there being a lot of people that helped her through her surgery, Norah confirms her mom was one of her biggest supporters. Norah said, “She was always there, every single time I needed her… which has been awesome, because if I’m feeling down, I can talk to her, and it’s just nice to have that reassurance that I’ll always have somebody.

“She even slept overnight in the hospital while having to wear a mask (even though she was vaccinated) in a recliner! And the doctors were always coming in so she would always have to be awake. When I finally made it back home, she would sleep on the floor of my bedroom when I needed my medicine, and I got really nauseous that first week, so she would always be there holding a bucket, which is kind of gross, but yeah, she’s pretty amazing. I’m very lucky,” said Norah.

Now three months later, Tournoux and her daughter seem to be in the clear. Tournoux said, “They’re going to keep doing the Echocardiograms, EKGs, and MRIs every six months. And you know, I think I learned my lesson now, so I don’t think I would ever say never [to her needing another surgery], but [the doctors] do feel really good about it, so I’d say I’m cautiously optimistic about our future.”