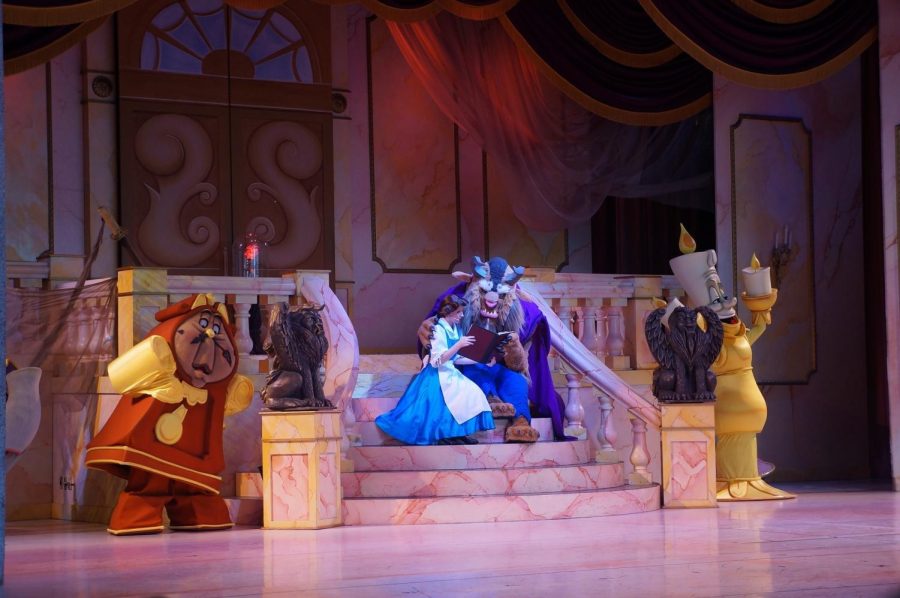 "Beauty and the Beast" first debuted on Broadway in 1993 and has continued to become a popular live-action production. Sophomore Ane'la Baker, who portrays Belle, encourages everyone to come see the show in April. "It's just such a good show. I hope that we can make it as good as it can be, and I know we will, but I guess the main reason I’d encourage people to come see it is just to come and enjoy theater," she said.

A few weeks ago, MHS Vocal Music held auditions for the upcoming spring musical, “Beauty and the Beast.” Early last week, the cast list for the show was posted.

Director Larry Braun says the show could have gone in many different directions in terms of casting. He said, “We are fortunate to have a very strong pool of students to choose from, which is a testament to the talent level of students here at MHS.”

Senior Daniel Blum and sophomore Ane’la Baker were chosen out of 49 total auditioners to take on the lead roles of Beast and Belle. In addition to these roles, there are 15 total feature roles, as well as an ensemble.

Fancher said they were primarily looking for students who had the ability to perform specific accents and characterizations for their desired roles. He said, “A lot of the time, we’re looking for kids that have theatrical dexterity to be able to [perform the] demeanor for a certain role.”

When Baker found out she received the role, she was in shock. She said, “I honestly thought a senior or a junior was going to get it, not just a lost-in-the-crowd sophomore like me.”

Fancher complimented both Blum and Baker on becoming their characters and bringing the roles to life. He said, “They really stood out in the sense that when they were reading, they did a great job of not being Ane’la and Daniel, but actually being Belle and Beast.”

The audition process slightly differed this year, as students didn’t pick their own audition songs. Braun said, “Students were asked to choose from a pre-selected list of songs specifically from this show, of which we provided the sheet music and backing tracks for.”

Baker’s biggest challenge with auditioning had been getting herself comfortable with the songs, in addition to her nerves. She said, “It’s always hard to build up to that confidence to sing and I had a really hard time trying to get my [vocal range] under control, but I just had to figure out what worked best for me and go from there.”

“Beauty and the Beast” was originally supposed to be performed by MHS back in the spring of 2020 but was canceled a month before opening due to the COVID-19 pandemic. Braun said, “We had already built a lot of the set pieces [and] secured a lot of the props… All of these contributed to our decision to do ‘Beauty & the Beast’ now in 2022.”

With half the school now being graduated since then, fellow director Brian Fancher agreed with Braun about how recasting wasn’t too difficult as they had a fresh slate to work with. Fancher said, “We weren’t looking at it as if we were a recast, so much as it just being a new cast.”

Baker says she is most looking forward to the production process as a whole. She said, “There are just small instances and little moments where you might not be doing anything too much… that’s when you make the best memories.”

Braun encourages all to come see the musical as it’s one of the all-time classics, in his opinion. He said, “We have a tremendous group of students in our cast who are already working very hard. We are renting an amazing plot of over 100 costumes which were created by Huntsman Entertainment, Las Vegas.

“Lastly, aside from the 47 high school students, we also have returning Mayfield Elementary and Mayfield Middle School students who were part of the original cast in 2020,” Braun said.

The production of “Beauty and the Beast” debuts in April for two weekends: April 1-3 and April 8-10, with tickets being on sale soon. For the latest up-to-date information on the show, visit www.mayfieldvocalmusic.org.