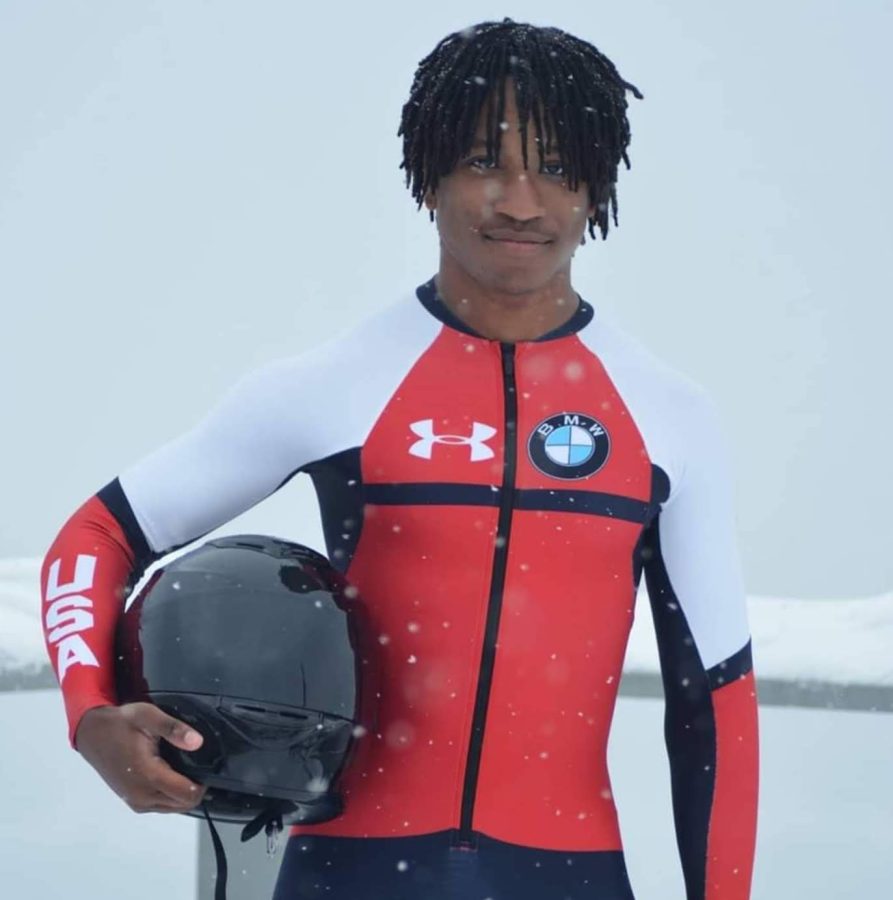 Blair Daugherty had the rare opportunity to represent Team USA while still being in high school. He said, "I became interested after hearing that if I compete in the Olympics, I would get to travel to different countries like Switzerland, Germany, etc and I would get to meet new people along the way."

Class of 2020 alumni Blair Daugherty became a member of the USA’s Junior Olympic Bobsled team during his senior year of high school.

Daugherty was approached by the junior Team USA bobsled coaches after winning the 40-meter dash in track and field and went on to compete in bobsledding from 2018 to 2020. He said, “The way they were describing [bobsledding] sounded pretty fun. I even watched the movie ‘Cool Runnings’ to really get myself into it.”

Daugherty’s younger brother, Steven, knew his older brother always had dreams and aspirations of reaching the Olympics. Steven said, “I saw bobsledding as his first shot to get his foot in the door.”

Daugherty admits he initially struggled to control driving the bobsled, but he got the hang of it after hours of practice. He said, “It’s like driving a car but on ice at 70 MPH.”

Ski club advisor Trevor McGrath, who has been skiing since he was five years old, says ice is something skiers — like bobsledders — struggle with. McGrath said, “It can be really scary because just like driving a car on an icy road, you basically lose all control.”

Daugherty credits his family and trainers for the success he had on his bobsledding journey so far. He said, “If it wasn’t for them, I wouldn’t have been there.”

As for Steven, he calls his older brother “his hero.” Steven said, “Seeing him do the things he does makes me want to push myself to be the best version of myself that I can be. It’s been this way ever since we were children.”

On his road to the Olympics, Daugherty realizes how much he learned and how many people affected his journey. He said, “Making a lot of new friends from different countries and having a relationship with the coaches and my teammates was probably my greatest success.”

The 2022 Winter Olympics began on Friday, Feb. 4 and will continue through Sunday, Feb. 20. Daugherty encourages students to watch. He said, “It’s interesting to watch different countries compete against each other with different sports you might have never heard of before — like bobsledding — because most people don’t even know what that is.”

McGrath also believes watching the Winter Olympics will help inspire Mayfield’s students. He said, “Just being able to watch an athlete who looks like you, or sounds like you, or has the same beliefs as you doing something that maybe you would like to do and learning from that can have a huge impact on a person.”

Even though Daugherty is not competing in this year’s Olympics, Steven says he couldn’t be more proud of his big brother. Steven said, “It’s been a journey for sure… he’s worked so hard and been through so much to get to where he’s at now. I’m just glad he brought me along for the ride.”