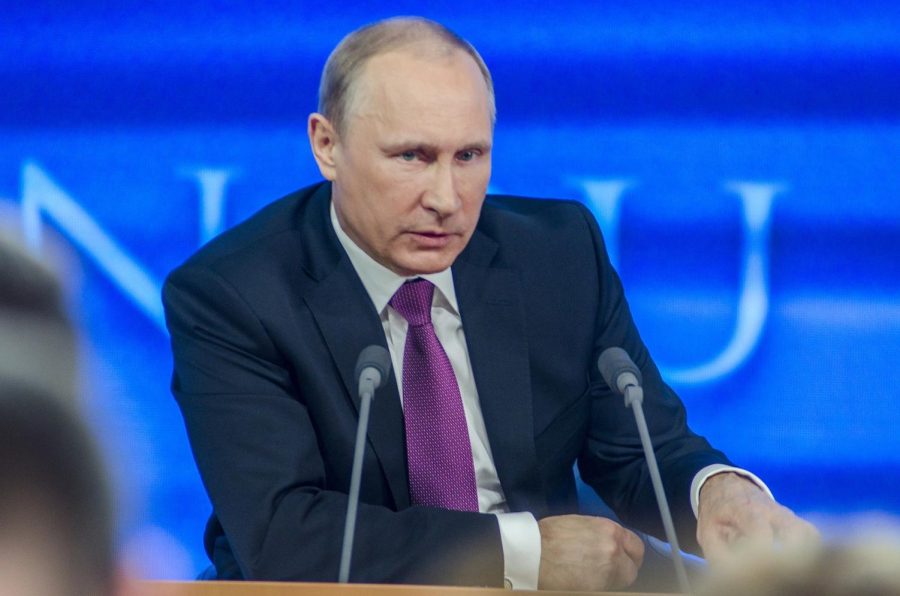 Russian president Vladimir Putin took action to invade Ukraine on Feb. 24. According to the PBS Frontline episode "Putin's Revenge," Putin is obsessed with his image and how he and his country's actions are portrayed. The Atlantic's Julia Ioffe said, "[Putin] watches tapes of the evening news over and over and over again to see how he’s portrayed, to see how he looks."

Vladimir Putin’s invasion of Ukraine could lead to a larger-scale war against the U.S. if this situation escalates out of control.

Because Putin’s seen Russia crumble during his KGB days, his hatred for the United States has only grown stronger. Former CIA director John Brennan said in a recent Frontline PBS film interview, “Mr. Putin joined Russian Intelligence during their waning days, in the latter years of the Cold War when they really felt aggrieved and the much lesser power than the United States. So I think they just reinforced some of his feelings of insecurity.”

If Putin escalates this Ukrainian invasion, it can lead to a large scale war against the western powers. Model UN president Vaishnavi Nayak said, “A lot of Russian soldiers are now moving westward; fighting was mostly in central and eastern Ukraine, [but] now it’s kind of moving westward. They are trying to block the supplies from Poland, Romania, and those border countries from getting into Ukraine.

“They are getting close enough to the border. If any missile or bomb gets close to the border, it can be declared as war against western powers. [But] if there is no escalation, war will not happen,” said Nayak.

While Putin may not have invaded Ukraine as a direct attack on the U.S., many experts agree that Putin has already tried to attack America through cyberwarfare.

A recent example was in 2016 when Russian hackers tried to rig the presidential election between Donald Trump and Hillary Clinton. Nayak said, “Instead of fostering democracy, he’s trying to destroy the foundations of democracy within the U.S. Russia has a huge cyber warfare program through trolls and other methods and social media has made it really easy for them.”

Thomas Graham, who served on the National Security Council as Director of Russian Affairs, says Putin and his country are “engaged in an existential struggle” with America. Graham told PBS Frontline, “This is, to the Russians’ mind, to Putin’s mind, about defending the survival not simply of Putin, but of the Russian state and the Russian people.”

This Ukrainian invasion is just one of the problems that Russia has created, which could lead to a larger war with dangerous consequences. I believe we need to report on Putin’s actions because an invasion of Ukraine is just the start, and we have to be wary of what’s to come.