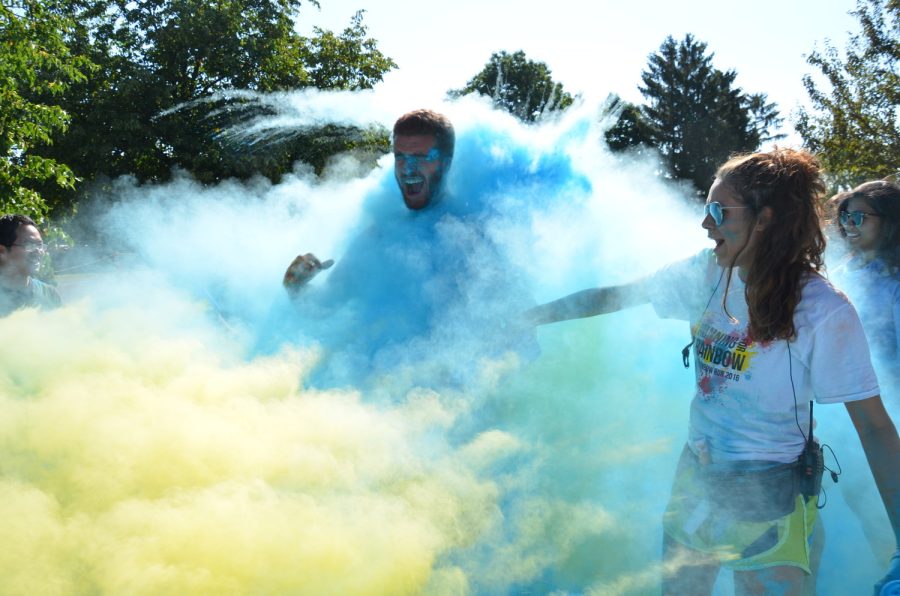 Registration for the Rainbow Run is open through June 3. The cost to walk the 5K is $25, and it's $30 to run the course. The event starts and ends at Highland Heights Community Park, but much of the race will be on the Highland Heights side streets, including Lander, Davidson, and Woodside.

The Rainbow Run, a fundraiser for Rainbow Babies & Children’s Hospital, will be held on June 4 at Highland Heights Community Park.

Senior Nadia Gerbasi is one of the event planners working with the other members of Head Council. She said, “Leo Weissman, Jack Dominish, and Grace Smiley have worked alongside me from the beginning of all of this. In addition to that, our advisers Mr. [Chris] Torda and Mrs. [Melissa] Fini have also put an immense amount of time and effort into this event.”

According to Smiley, there are multiple ways for people to get involved on race day. She said, “Everyone just signs in and then runs the race to support the fundraiser or there is also a raffle where money will be donated, which also supports the fundraiser. Student council members are volunteering to help with all of the different jobs needed within the race.”

Torda’s job is to handle many of the event’s logistics. He said, “I will keep track of registrations, donations, and sponsorship money. As the adviser, I also had to make the initial contact with University Hospitals and the Mayor of Highland Heights to establish our partnership.”

As the event gets closer, Torda has noticed his club officers getting more excited by the increased number of registrations, donations, and sponsorships. He said, “To see their excitement and enthusiasm for this event is also exciting for me. To see them grow and develop as leaders and conscientious young adults is very rewarding.”

Smiley says the event organizers have been discussing this event since May 2021. She said, “For example we had to change the route of the race multiple times, but our final route is definitely the best one we could have picked.”

Because it’s Gerbasi’s senior year, she was motivated to get involved with this project before she graduates. She said, “The Rainbow Run is giving me a chance to make a difference here now and in years to come… It also gives the chance to inspire other people to do the same. That is such a powerful thing because those moments change people’s lives.”

Making the event’s mission clear to the community is another one of Gerbasi’s goals over the next month. She said, “I truly believe that our community is filled with people who are giving. For this event, I am hoping that we see the best brought out in those around us.”

The event is open to people of all ages, not just those living within Mayfield’s school district. For more information on how to register, donate, volunteer, or sponsor the event, visit the event’s official website.