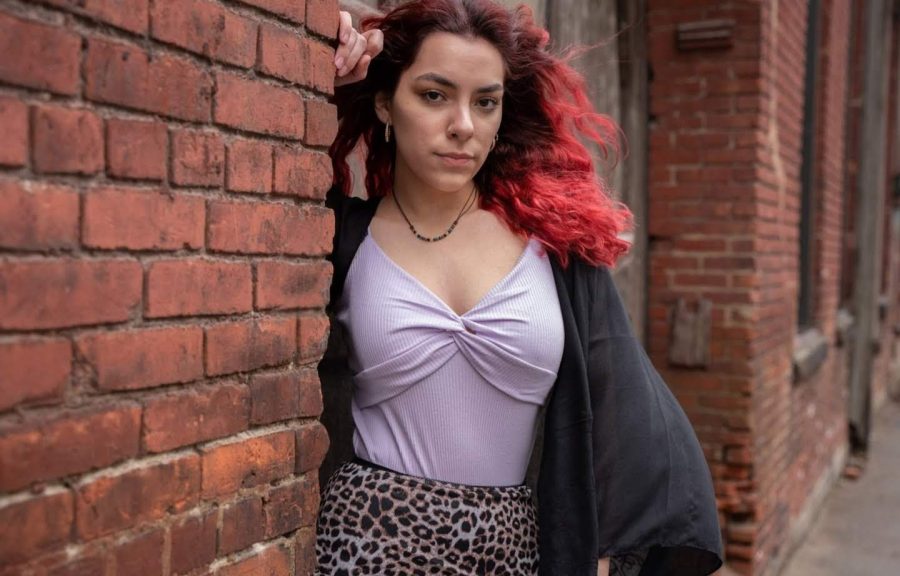 The Paw Print’s Sarah Carlile sat down with senior Bella Benitez to discuss her lead role as Mimi Márquez in the production of RENT! taking place this week at the Chagrin Falls Academy for the Performing Arts.

Sarah: Congrats on your role in the show, Bella! Could you give me a rundown of what the show is about and how your character contributes to it?

Benitez: Thank you, Sarah! So, RENT is about this group of people who all grew up in this apartment lot complex together and basically, everyone in the show is dying from AIDS. The show really tests these characters’ ability to love each other with what limited time they have. These people are all living with AIDS and are constantly thinking ‘Is this the last day I’m going to live?’ It’s really all about finding each other and learning how to live and cherish every moment they have… because they’re best friends who end up having to go their own separate ways or even dying. The whole show’s pretty intense, but oh-so important. It’s a very emotional rollercoaster kind of show because of that dynamic. Everyone is fighting AIDS and trying to make a living while being homeless, having to share pills with one another— the whole thing is crazy. Every single character, from the leads to the ensemble, has their own story… As for my character, Mimi’s, she has a drug addiction and AIDS— which don’t mix very well— and doesn’t know how to communicate or get the help she needs.

Sarah: Wow, that definitely does sound intense! With the show and its characters being so intimate, what was it like trying to create that connection between you and your fellow castmates?

Benitez: Some of my castmates were really easy to get along with, so we kind of just clicked right on the spot. But when you consider what you have to do when you’re in your character and the rest of the cast is in theirs, those bonds kind of form on their own because you become completely different people. While some of these people and I are close like our characters are, some of the people I work with on this show I love as me, I have to hate as my character or vice versa. Or, there’s this one part of the show that’s super emotional and it hits me really hard every time we perform it, where I basically have to think to myself, ‘Okay, if this person really died, is this how I would be thinking? Feeling? Reacting?’ and because of our cast dynamic, I’m happy to say it feels really authentic… especially considering at the end of that scene, all of us out of character are always still crying and hugging each other as if we were actually going to die tomorrow.

Sarah: You all definitely must have been well-casted to have that kind of performance! Speaking of casting, what was the audition process like? How did you feel when you found out you landed the role?

Benitez: The audition process was actually mandatory for all Chagrin Falls Academy for the Performing Arts students and if you didn’t want to be in the show, you could just specify during auditions and decline the part. So first, we did a singing portion for the audition where you prepared a song from the show that the character you wanted to audition for sang. Then, the next day, we had a dancing portion for the auditions where an instructor would teach us a choreography routine and have us perform it immediately after they showed us how to give us feedback on what to improve on. After that, we had callbacks. I actually had my initial singing and dancing auditions on the day of callbacks because I had been absent those first days, but the teachers were very accommodating and made it easy to work with. Finding out I got the part just immediately turned my day around! I really hadn’t expected to get the part—

Sarah: Well, I can definitely say all of us Performing Arts students had a feeling you were going to get it!

Benitez: Haha, well thank you! But yeah, everyone was saying that was always my part and that I was just made for it. It just felt really, really good… especially because this is my first ever show I’ve been able to do.

Sarah: Wow, that’s crazy! You definitely must be talented to get a lead role for your first ever show! How did you prepare for the show and balance the workload with your life outside the show?

Benitez: So, whenever I really had free time, I would go pull up YouTube and watch the Broadway version of RENT. I would rewatch it over and over again, sometimes taking out my libretto [script] and following along with the lyrics and making notes. It made learning lines and getting into character a lot smoother for me. Now normally, the school version of RENT has a lot of content cut out from the Broadway version because of how mature the show is, but our director, Dan, added a bunch of stuff back into the show, which I was so excited about because it feels so much more authentic that way. I definitely had to move stuff around in my life to fit in the rehearsal schedules and everything, but for the most part, it wasn’t too difficult and the directors were very flexible and understanding.

Sarah: That’s great! I seriously admire your dedication. I heard all the shows are sold out— which is great! Why do you think people want to (and should be) seeing the show?

Benitez: People should come see the show because it’s really just an awesome story! The band’s great, the ensemble is totally awesome and the leads in both casts are all phenomenal. The songs are great, the plot is engaging and it really combines to create this amazing story. You as an audience member get to walk through this two-year time frame the show takes place in and you get every single side of the story from every character because the perspectives are all so different.

Sarah: For sure! Well, thank you so much for sitting down with me, and I know you’re going to have fantastic performances. I can’t wait to come and see it!

Performances began on Tuesday, May 3 and continue through Sunday, May 8 at Chagrin Falls High School’s Performing Arts Center. While tickets are currently sold out, there is a waitlist at the door on the day of performances. The cost for adults is $15 and $12 for senior citizens and students. For more information, check out the Academy’s website.